Alex E. Robertson is a pen name incorporating the names of the creators of the work. 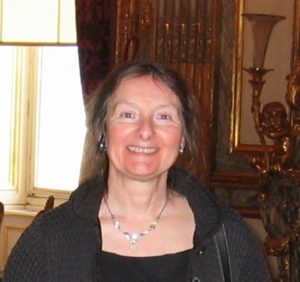 Dr Alex Kolaczkowski has taught history at schools in Bath and Bristol, as well as in Wiltshire, Oxfordshire and Surrey. Her B.Ed degree was awarded by the University of Bristol and her Ph.D by the University of Bath. A dedicated teacher, passionate about all aspects of her subject, she took her pupils on frequent field trips, making ancient, medieval, early modern and modern topics alike come vividly to life. Bath and Bristol are cities very well known to her having lived, studied and worked in both of them. Her expertise in Bath history stemmed from her years spent researching the city as a case-study for her doctoral topic on the development of municipal socialism and the civic ideal in the nineteenth century. By invitation from the Dictionary of National Biography she wrote the entry for Sir Jerom Murch who was Mayor of Bath on seven occasions, and published a paper on aspects of Bath Non-Conformism in the Unitarian Journal. These research activities helped provide her specialist background knowledge of the period and places in which the novel is set. 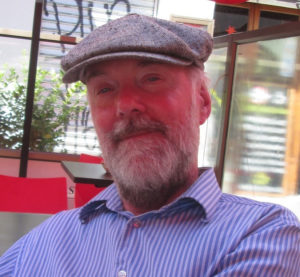 Professor Robert Hayes is a full-time academic at the University of Alberta in Canada. Apart from his distinguished research and teaching in chemical engineering, he is a calculating thinker with an interest in mystery and intrigue within a historical context. As a PhD student at the University of Bath in the early 1980s, he developed an interest in the game of Go (which originated as Wei Ch’i in China), often travelling to Bristol to play at the Go Club in Hotwells, and later was a founder member of the Bath Go Club at the Crown Inn, Bathwick Street. During the 1990s he was a frequent visitor to Bath and Bristol. In addition to his passion for historical mysteries, he is a lover of fine wines, single malt whisky, and of course whiskey.

The Creative Journey Leading to the First Novel Riot and Retribution

The creative history of the novel dates back to the summer of 1996 when Bob Hayes was on sabbatical at the University of Bath (UK). Bob had a long-standing interest in historical novels, especially those of the mystery genre and one evening, after a good dinner Chez Kolaczkowski, and plenty of history talk, Bob suggested to Alex that she should write a historical mystery novel. The seed was sown, but it was the following winter before Alex suggested setting the novel in the 1830s, a time of much political turmoil and change. Bob was interested in moving the project forward and, whilst continuing his sabbatical in Montreal, began to develop an overall concept for the trilogy, as well as a plot outline and a range of characters for the first novel. Unfortunately, with Alex having a full-time job as a history teacher, there was no time for her to advance the book project, so it was placed on the shelf, but not forgotten. Fast forward eighteen years to May 2014 when Stan and Alex were visiting Canada and we were together again on a trip to Banff National Park. Late one afternoon, relaxing over a coffee, Bob produced the book proposal and much discussion ensued. Alex had recently finished teaching so the time was right to revive the project.

On her return to the UK, research and field visits began in preparation for the writing of the tale. The first chapters began to appear in the September of that year and the process continued throughout the winter and the spring of 2015, with Alex writing and Bob providing feedback. New characters were introduced, and under Alex’s skilful hand the book developed. The first draft was produced in galley form in May of 2015, almost a year after the meeting in Banff. Editing began and the galley was sent to a group of six carefully selected avid readers for review. In late June of 2015, Bob came to England to work with Alex on incorporating some of the reviewers’ suggestions and completing site visits e.g. to Brooks’s Club in London where several scenes are set. This was followed by the completion of the cover art and the interior illustrations, which culminated in the final production version being ready in early 2016. The book was officially launched in England in the April of 2016 at Mr B’s bookshop.

Our Approach to Marketing and Publishing

Our marketing strategy for this thriller is to expand our promotion efforts slowly, so that the journey is enjoyable.

Our publisher is Alpha Education Press, based in Canada. It is a small independent publishing company formed in 2014 to provide a platform from which to launch a range of technical books in the specialist field of Engineering.

Small and agile, Alpha has a specialist portfolio and plans to provide a fast dissemination of attractive creative ideas to the public in a wider variety of fields.